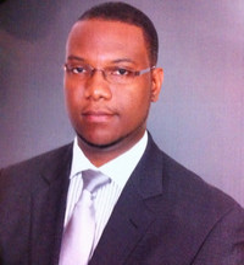 Dr. Richard Brown is a career Diplomat and International Trade Specialist with approximately seventeen (17) years of experience at the national, regional and multilateral levels. He has represented Jamaica at the United Nations and its Specialized Agencies in Geneva, Switzerland, where he held lead responsibility for several areas of multilateral negotiations at the World Trade Organization (WTO), the United Nations Conference on Trade and Development (UNCTAD) and the World Intellectual Property Organization (WIPO), on a range of issues. These included the trade in services and services sector development, e- commerce, trade-debt-and-finance, trade and development, investment, and intellectual property rights. He has also led international efforts at WIPO toward the protection of country names, which forms a key part of the country’s efforts to protect brand Jamaica against unauthorized use and exploitation. At the regional level, Dr. Brown has also served as Director for CARICOM Single Market and Sectoral Programs at the CARICOM Secretariat, where he oversaw the implementation of CARICOM Single Market and Economy (CSME) initiatives, the free movement of persons regimes and other integration-related arrangements, as well as the development of regional sectoral policies in the areas of agriculture, services, ICT for Development, energy, transportation, customs and trade policy, as well as private sector facilitation and industrial development. He was also both Deputy and Interim Chairman of the CARICOM Development Fund (CDF), and was a member of the CDF’s Investment Committee, as well as held other advisory functions in regional organizations, including as a Trustee for the CARICOM Pension Fund.

At the national level, Dr. Brown has served as Director for Trade in the Ministry of Industry, Commerce, Agriculture and Fisheries (MICAF) where, among other things, he provided policy oversight for the national Trade Facilitation Reform Program, and also led the initiative towards the formulation of a national services industry policy, which is currently under development. Dr. Brown has also held several roles at the Ministry of Foreign Affairs and Foreign Trade, where, inter alia, he served as Deputy Director for Bilateral and Regional Trade, and led Jamaica’s engagement in a range of regional and external trade negotiations, most notably in the formulation of market access schedules for the trade in goods and the trade in services negotiations under the CARIFORUM-EU Economic Partnership Agreement (EPA) as well as in CARICOM bilateral agreements with Canada and Cuba, and has served as Co-Chairman of the CARICOM-Cuba Joint Commission. He currently serves in that Ministry as Director for Research, Services Sector Development, Technical and Capacity Building Support, contributing to thought leadership across the external trade portfolio of the Ministry through the undertaking of empirical research that serve as a guide toward effective policy and decision making. Dr. Brown has also served in a number of leadership capacities, including as a Member of the Boards of Directors of the Jamaica National Agency for Accreditation (JANAAC), holding several committee roles, as well as the Special Economic Zone Authority.

Dr. Brown received a PhD in International Economics (Summa Cum Laude) specializing in International Trade, from the Graduate Institute of International and Development Studies/University of Geneva, Switzerland. He also graduated at the top of his class at the University of Oxford, where he pursued a Postgraduate Certificate in Diplomatic Studies. Dr. Brown is a graduate of the University of the West Indies, where he obtained both a Masters degree in Economics, specializing in International Trade and Financial Management, as well as a BSc. in Economics and Management. He also holds Project Management Certification and has garnered Project Management experience at the regional level, having provided leadership and oversight for a number of critical regional projects and initiatives.